We Need a Safety Net

I am just delving into a Christmas (gift) book called “Fault Lines”, about “How hidden fractures still threaten the world economy”.  It was written by Raghuram G. Rajan, head of India’s Central Bank.  This is not the first book I have read from an author born in India and it won’t be the last.  I believe India is going to carry the torch of Western civilization but that is another topic for another day.

As with most books I read, I perused through the chapter headings.  Chapter One, “Let them Eat Credit”.  We can guess where that’s going, makes sense.  Chapter Four, “A Weak Safety Net”.  I know where he’s going with this on and according to Foreign Affairs “Rajan blames the country’s weak social safety net: unemployed Americans get modest unemployment compensation for only six months and often lose their employer-based medical insurance, and they can hardly afford private medical insurance (if they can get it) on their meager unemployment benefits. Thus an important part of the solution to global imbalances, Rajan argues, is improved provisions for low-income Americans.”  Before I have even read the chapter I can guess that “if there was more safety net, all would be better”.  But how much of a safety net does China have?  According to the Wikipedians they do have one.  Carnegie Endowment says not so much and it’s one reason the Chinese save so much.  I’m with Carnegie.  I can’t imagine they have much social safety in a country of 1.5 billion, but I will read the chapter.  My argument against Social Welfare and Safety Nets are they sound great from a humanitarian standpoint and there should be some, but only some.  Welfare was suppose to be a helping hand, not a way of life. Rajan believes we need to remove the anxiety of losing healthcare and possible starvation to get people to improve themselves and stay in the workforce.  Unfortunately, fear is a great motivator, and though Rajan is a really smart guy it does not make his opinion fact.  We all need a certain amount of fear to keep us on the edge of our seat.  Too much anxiety can send someone into depression and into non-action.

So what is the humanitarian level of welfare to provide the poor and huddled masses but just enough so as not to be too comfortable so they just might get up and go get a job?  If I was given the task of redesigning the welfare system, in a week, there would be just enough money for food and shelter, but no cable TV or cell phone.  WAIT! They need a cell phone to get a job.  I’ll take my chances on that one.  There would be no cash/food cards.  We’re getting ripped off big time.  I would have Costco deliver a box of food to last the welfare recipients a week.  Inside there would be milk, OJ, no soda.  No cookies or snacks.  America’s safety net is vast enough that our poor live better than many in the world today.  As referenced above, Rajan is talking about America’s safety net and is not proposing one for India.  Not unusual, most all the money spending solutions in the world are reserved for American taxpayers.

A friend of mine recently called his insurance company, because of a price hike, and balked.  His complaint was he didn’t want to pay for “other peoples bad behavior”.  It actually worked, because he had been a long time client and they did not want to lose his business.

How much of poverty is self inflicted?   “Sociologists will point out (at least in their candid moments) that most people can stay out of poverty in America by doing just a few simple things—most important, graduating from high school and not having kids without a spouse on hand.”  Even the left leaning Brookings Institute admits “No feasible amount of income redistribution can make up for the fact that the rich are working and marrying as much or more than ever while the poor are doing just the reverse. Unless the poor adopt more mainstream behaviors, and public policies are designed to move them in this direction, economic divisions are likely to grow.”

Also from the same Brooking article cited above “As evidence of the benefits to children of growing up in a two-parent family has strengthened, liberals have become less likely to question the value of marriage. But many liberals still argue that marriage is no cure for poverty. About this, they are wrong. Adam Thomas, now a doctoral student at Harvard, and I recently conducted a statistical exercise in which we identified all of the single mothers interviewed by the Census Bureau and then matched them up with unmarried men of the same race, education, and age. If enough marriages had taken place to return the incidence of single parenting to 1970 levels, and the incomes of the men and women involved were combined, the poverty rate among children in 1998 would have fallen by about a third.”

What about other poor choices in life?  The high school kid who doesn’t care, the high school grad who decides to be a waitress and goofs around with her biker boy friend or the kids that decide to peddle drugs?   A friend of mine is a teacher in the Bronx.  The boys in his class actually say to him “why go to college when I can make $60k per year selling drugs?” And the girls often say “why go to college when I can get out of high school, go on welfare and have my own apartment?”  Those kids are actually making economic decisions that make financial sense.  They just happen to be illegal, bad for society or both.

Clearly the two biggest ruts that exacerbate poverty are lack of education and cranking out kids out of wedlock.  It is often argued that the poor don’t have “access to education”.  But my own personal observations have been that kids without money, that buckle down in high school, do have access to a higher education.  Money comes out of the woodwork for kids willing to work hard and who want to move on.  All Americans love “rag to riches” stories and we seem to try to increase the number of those stories by helping those who want to go to college.

The big question is, how much should society subsidize because of poor choices and bad behavior?  We probably do not want to punish someone who screwed around in high school but chose to get his life on track by returning to school later on.  But, should a couple that chooses to divorce because they just can’t, or won’t, get along any more be getting subsidized healthcare or aid for their kids?  Why should a married couple who have kept it together have to pay for the other.  It is my guess that after enough Chinese and Indian immigrants settle in America , whose family structures are more likely to stay intact,   over time (say 50 or 100 years) they will not be so willing to pay for the bad behavior of others.  Unless of course their kids decide to go “find themselves” and then we are right back where we started.

While reading the 10 things billionaires won’t tell you it mentioned 442 of the world’s billionaires live in the USA and their average wealth is $10.8 billion.  If my loony “confiscate

from the rich” cousin had his way the IRS would take every penny of what they had.  Of course it would only fund the Federal Budget for about one year and, big maybe, pick up the deficit the following year.  Of course we would be without the tax revenues of the billionaires for the following years and the jobs they create would be gone but what the heck.  I guess they would just move on down to fleece the millionaires.

dropped more than 200 points to 810.  The positive is GHS is still in the top 3.9% of the schools in the country.  But it is almost a 35% drop.  If your house dropped 35% in value in one year you would be really bummed out.  If our ranking drops at that rate for five years in a row will only be in about the top 17% schools nationally.  We are clearly going in the wrong direction and Greenwich parents should be very concerned.

The folly of our zoning laws.

The family that purchased 5 Dawn Harbor Lane in Riverside in March can’t tear it down and build new.  If they did they would lose space.  Because of our “Floor Area Ratio” they would have to build less space than what already exist.  The lot is 0.62 acres in a one acre zone and the owners are punished because it is an undersized non-conforming lot.  You can probably build more space on a smaller lot in the next zone down, R-20.  You would think the town would benefit from a brand new house.  “They don’t build them like the use to” is true.  We build them better.  Houses in Greenwich tend to be over-built.  More efficient than they really have to be and stronger than they need to be.  Why can’t someone at least replace what is already there?

and only five are under $2 million.  Doesn’t mean a few in the low 2’s won’t dip below $2 million but if you want to live in this school district it’s going to cost.

UMass Students Show How Tolerant They Really Are

UMass students apparently don’t believe in free speech.  Why Karl Rove would accept an invitation to speak at the state school of one of the most liberal states in the US, God only knows.  He must have know what he was in for and the students gave him both barrels while he tried to speak.  Maybe the kiddies will feel a tad differently after a couple of years of unemployment and living at home.

Immigration Reform from a Latina

No surprise here.  Reagan granted amnesty and it didn’t work after that.  This young lady puts forth a very logical argument.  What sticks out the most is American born Latinos don’t want the competition for the jobs that are better than servant class that they are trying to get and the GOP will be blamed for the enforcement measures. 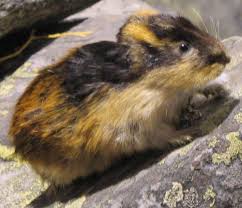 Buyers move like lemmings.  SoCal is hot and median home prices have improved by over 23%.  There is nothing like the fear of being left out that will get buyers to pony up.  If the pace continues some people will be enriched, and those that could have, but didn’t, will sit back and predict the next doomsday.  If prices continue to climb for ten years and then the market tanks, the doomsayers will still say, “See, I told you so”.

This sort of floors me.